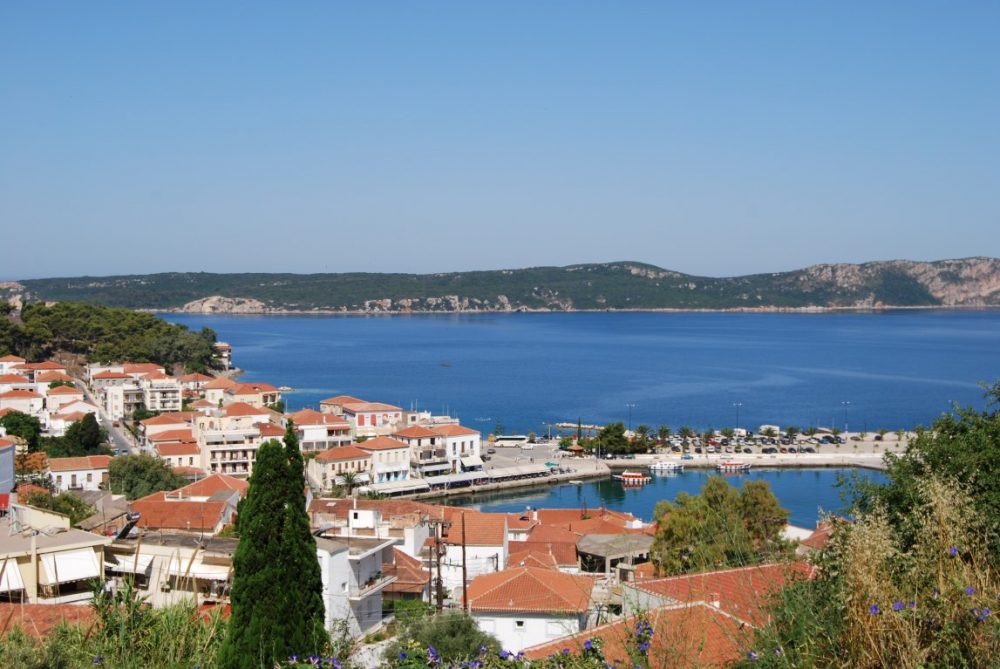 The Municipality of Pylos was formed by the King’s Act of April 9, 1835. It was officially referenced as a Municipality of the Methoni Province. Ranked in the C class with a population of 782 inhabitants, situated in Pylos (Neokastron – “New Castle”).

The city inhabitant was named Pylios. Pylos is a charming town in the southwestern part of Peloponnese. It was built in 1828 by the expeditionary corps of the General Maison.

In the center it has a square called Trion Navarhon (Three Admirals), having also a monument with the same name, that was completed in 1933. Left and right of it, there are two cannons; a Venetian and a Turkish one. In the Antonopouleio Museum of Pylos, on the road to Methoni, you can admire part of the collection of the French Rene Puaux as well as exhibits from the Ancient Mycenaean, Hellenistic and Roman Periods.

On the coastal road you can see the abandoned home of the Pylian Olympic Medal awarded, Kostis Tsiklitiras [Mansion Tsiklitiras], an athlete legend until now. Soon this impressive building will become the Library-Art Gallery of the Municipality of Pylos. Pylos is in excellent geographical location while its port is one of the largest and safest ports in the world, with a length of 4800m and 3600m width.

[The Port] The depth of the sea reaches 50m. To the west, in front of the port is the island of Sfaktiria. South of Sfaktiria is located the small island of Pylos also known as Tsichli-Baba or Fanari. There, in 1890 the French Republic built a monument for the French who were killed in the Battle of Navarino.

Between Tsichli-Baba and Sfaktiria are the Koutsoynes, the two rocks sharp reminiscent which are reminding [Memorial] the moment when Aris, in April 26, 1825 during the siege of Niokastro by Ibrahim, on the ship of Admiral Tsamadou, managed to escape in the night through this passage, after causing huge damage to the Turk-Egyptian fleet.

On the south side of Sfakteria, in 1959 was built a monument for the Greek who were killed in the battle of Sfaktiria which has over it the names of Tsamadou, Sahinis and Anagnostara.

[Memorial] Further in the north is the tomb of Paul Bonaparte, Napoleon’s nephew, who was killed in 1827 by the detonation of a weapon, on the warship Hellas. His corps was buried, eventually, in Sfaktiria in 1832 after having remained for five years in a barrel of rum. North, up the coast, is the monument of count Santarosa, a philellenist, who was killed in the battle of Sfaktiria on In April 26, 1825. The monument was built in 1926 by the Italian state.